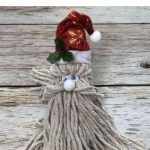 Do you want to know how to make a Santa out of a mop head? As most of you know, I love coming up with unique, fun crafts, especially for Christmas decor. Mop head crafts are so much fun and inexpensive. Here’s my tutorial on how to make a mop head Santa.

Have you every looked for instructions on a project and couldn’t find them? It’s so frustrating. I had many requests to make a tutorial on this, so here goes!

HOW TO MAKE A MOP HEAD SANTA Materials

The best part is that almost all of the items you need for this project can be found at the dollar store.

You’ll start with a Dollar Tree mop. The first thing I did was take the mop head off the pole.

I took a portion of the strands of the mop and pulled them back behind the mop base then secured them like a ponytail with a rubber band.

I then sectioned off a few more mop strings just under the top and pulled them to either side to become a mustache.

I used a hot glue gun to attach 2 google eyes, and a pom pom nose.

Can you see the mop Santa yet?

I twisted each mustache side, pulled both sides around the back of the santa head and created another ponytail using a rubber band to secure it.

I hot glued santa’s hat on top of the mop head .

I used some fishing line and pulled it through the mop strands, and tied it in a loop so the Santa could be hung if I wanted.

For now I just placed him on my mantel. I think this little guy is adorable!!

Are you ready to make this mop Santa craft?

Here are some other ideas for your Santa 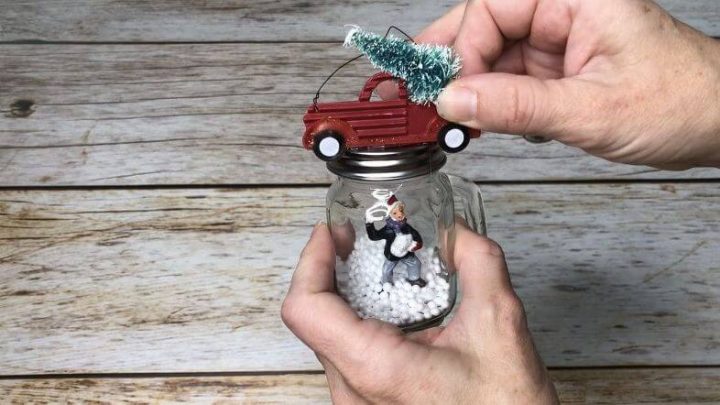 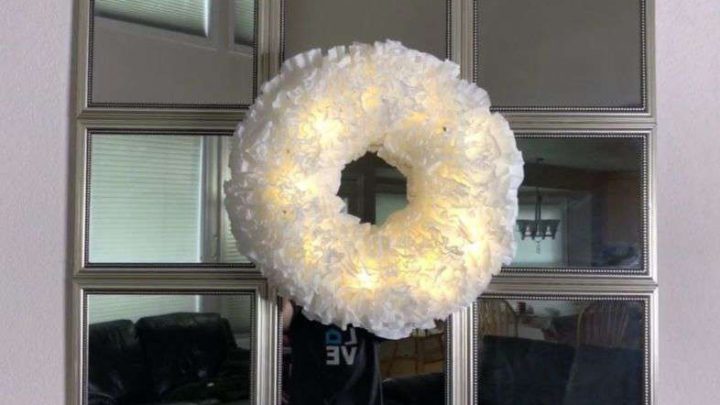