We recently bought a little condo retreat for ourselves for our 20 year anniversary.  It has been a dream of ours and it is where we were married 20 years ago and we were coming up here 2-4 times a year.  It came with a small single car garage and we needed to build a shelf to help with storage.  This is an extra deep & heavy duty shelf.  You can build one or more with this concept and personalize your garage to suit your needs and space. 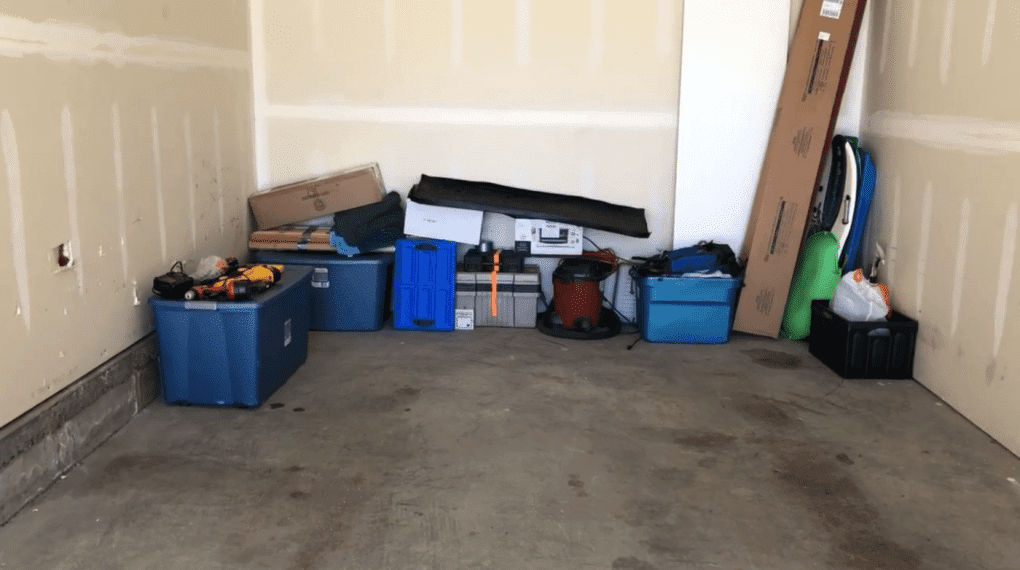 We bought a 97″ x 23 3/4″ Melamine Board from Home Depot along with extra large shelf brackets. 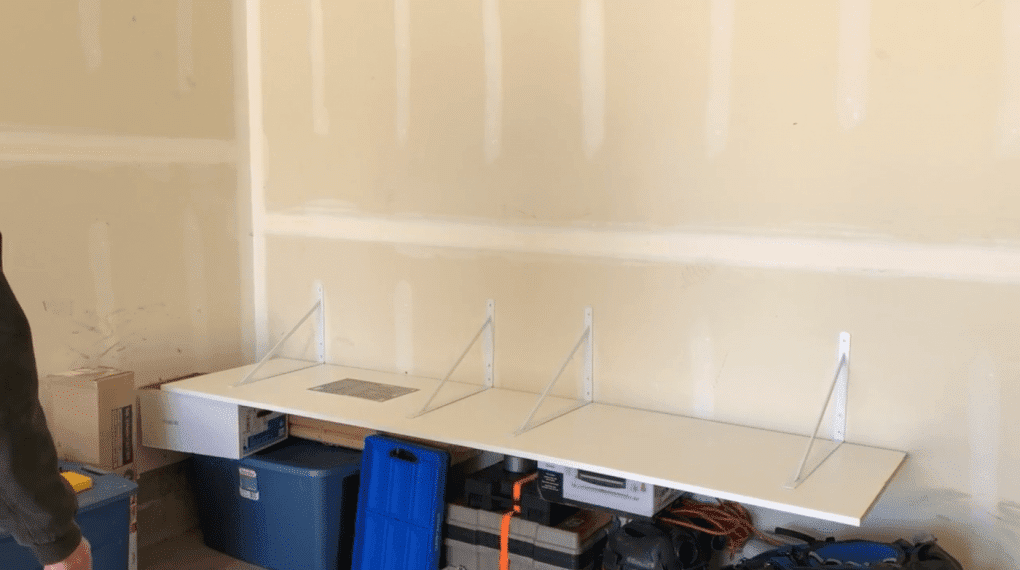 Jim mapped out the shelving how he wanted it to go up.  You can see the white lines on the walls – those are the studs where you want to screw the shelf brackets in for support. 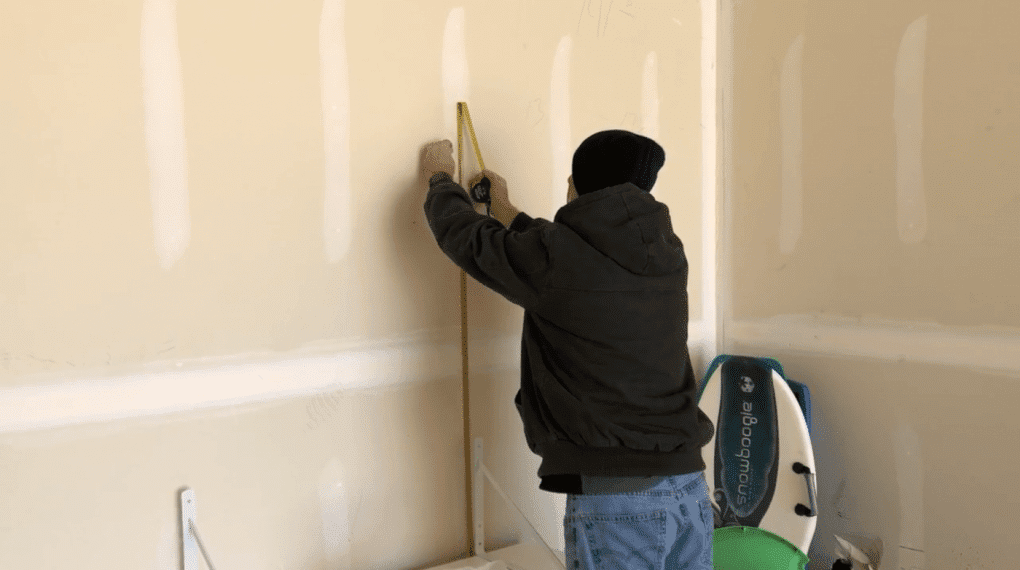 He measured how high up he wanted the shelf to be (we actually can put a second one above it or stack things tall with where we did ours).

He used 1/2″ x 3″ bolts to put the shelf holder into the wall.  He measured the screw against the bit to decide which size to use.

He used the screwdriver to make a hole where the screw would go.

Next he used a socket wrench to screw in the screw to make it easier to thread when he screwed in the bracket.

He used a level to to make sure the bracket was straight before placing the bottom screw into the bracket.

To make sure he put the rest of the brackets in straight and so that the shelf would be level, we set the board on the first bracket and marked out the where the other brackets would go with a level.

We took the board down and he screwed in all the other brackets.  We placed the board back up once the brackets were in and made sure the shelf was level.

Next he screwed in #10 x 1/2 screws to secure the shelf to the board in 2 locations.

Our shelf was done!

As you can see there is plenty of room to add more shelves, or whatever we will need in the future.

Click on the photo below to see the full video tutorial

and get my crazy creations delivered straight to you inbox.

We use cookies to ensure that we give you the best experience on our website. If you continue to use this site we will assume that you are happy with it.I acceptRead more