A couple years ago I was so disappointed – we had limited blooms on our apple tree because of a late winter storm. My tree produced a small amount of apples and of course every critter in the world was going to have them except me. The worst were the squirrels because they would climb it, eat a few bites, and then throw the rest on the ground for the rabbits to eat. I also had voles in my garden which ate my strawberries & tomatoes. I had to figure something out and this is what I tried. I put them up early this spring & so far – no critters plus they look pretty spinning in the sun outside. 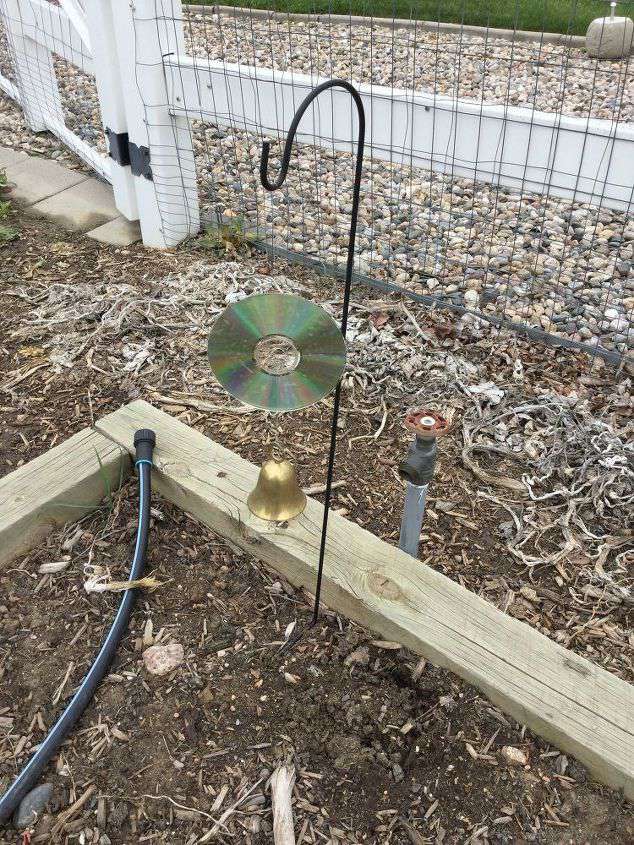 For my garden: I have 3 garden beds and I added 1 stake to each end of the middle bead (where my strawberries are and tomatoes go). I tied a loop of fishline to the cd and hung it on the stake. I made a second loop of line and added a bell. 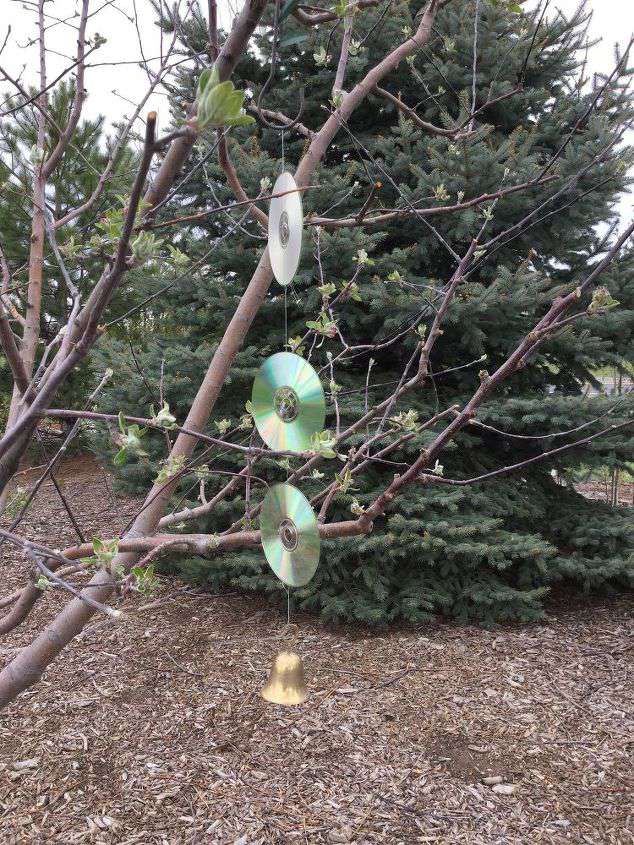 For my apple tree: I tied 3 used cds together with fish line. I added a loop at the top and hooked it on a plant hanging s hook. On the bottom I added a bell.

The breeze (and it doesn’t have to have much of one) makes the cd’s spin and when the light hits them it makes a mirror effect. They look pretty spinning around. The bell also rings in the wind and should when something puts weight on a branch causing it to shake.

What I learned… it definitely does help as the animals don’t like the noise or movement.  They will get used to them though so I would move them once and a while to change it up and that seemed to help.  It wasn’t perfect but it made a huge difference.

As seen on Hometalk Live 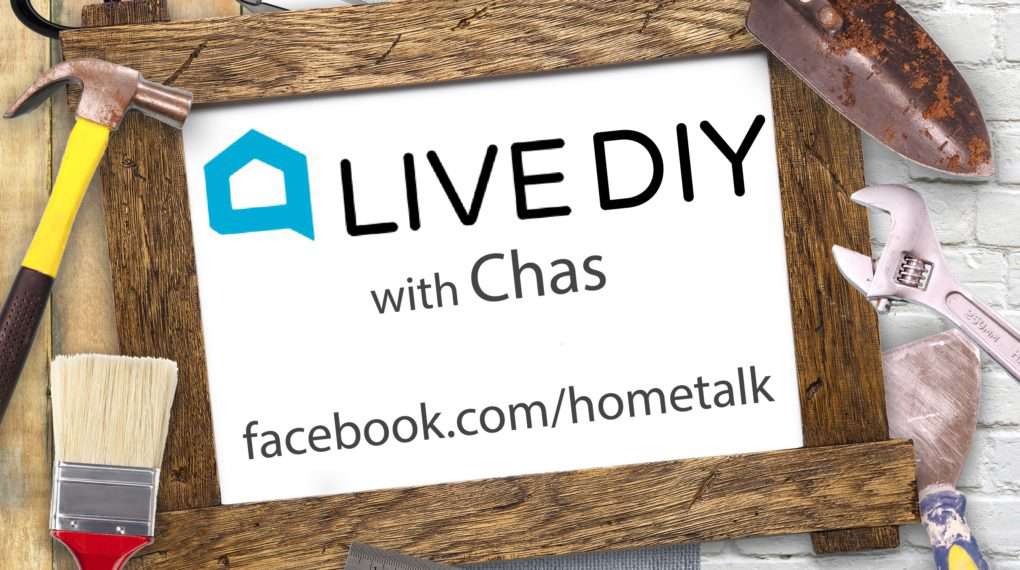 and get my crazy creations delivered straight to you inbox.

Get Your Projects Here

Get Your Projects Delivered

Get Your Projects Here

We use cookies to ensure that we give you the best experience on our website. If you continue to use this site we will assume that you are happy with it.I acceptRead more